Posted by Lou Anders
The love just keeps flowing it. And it is the season for giving...

Diving into the Wreck 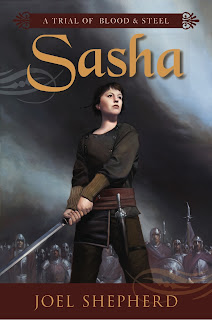 “The pacing is perfect, the choices and decisions made by the major characters feel authentic and leaves readers looking for more.”  -Monsters and Critics

Sasha (A Trial of Blood and Steel)

“Sasha is an excellent opening to A Trial of Blood & Steel. The interweaving of war, politics, religion, geography, family and a non-human race are skillfully done. Anyone who likes his or her fantasy to be as intellectually complex as it is entertaining would do well to pick up this book.”-SF Signal

“Sasha reads like a pleasant melding of The Lord of the Rings, medieval-style warfare and intrigue mingled with the political and religious wranglings of Dune. In fact, Sasha makes a nice parallel to Dune’s Paul Atreides. With a galloping plot and plenty of swordplay, honor, dishonor, treacheries, and victories, Sasha is a worthy addition to the heroic fantasy genre.” -Sacramento Book Review

“Sasha’s torturous path to maturity, complete with painful missteps, is sensitively conveyed, and while I definitely cheered for her, I also found myself arguing with her—and in a way, that’s a higher compliment to pay an author… The second book, Petrodor, will likely be on the shelves by the time you are reading this. Go pick it up—I know I will.” Realms of Fantasy

“This is an impressive novel. More science fiction needs to be like this.” -Adventures in Reading

“Meanwhile, McAuley gives us three other point-of-view characters and does a professional job of melding all of them into a satisfying climax. He's also left the door open for a possible sequel, and given how much I enjoyed The Quiet War, I hope he follows through. The book won't change your world, but it's more than just a by-the-numbers space opera, and fans of this neglected genre now have something to add to their collections.” -San Jose Mercury News and Contra Costa Times 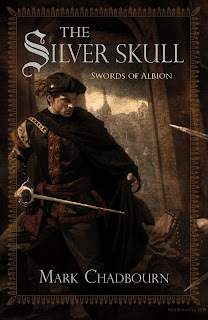 The Silver Skull (Swords of Albion)

“The scary nature of the Otherworld adds a nice edge to this well paced spy thriller that promises more jolly adventures in the Swords of Albion series as it pits humanity against the Faerie. This is a place where the things that go bump in the night are best left alone and the important issues of the day echo today’s headlines making for an interesting alternative reality read.”-Monsters and Critics

“Read Starship: Flagship as a fitting end to the series and to mark the end and to mark the end of the human Republic in the Birthright universe time-line. Mike Resnick and Orson Scott Card breathe new life back into military sci-fi, and pay close attention to the seeds of a sequel put fourth at the very end… what will be the ultimate fate of the galaxy and man?” -AstroGuyz.com

“… a well-researched and engaging novel, with a vibrant milieu, and definitely worth a look.” -Strange Horizons
at 12:30 PM