Posted by Lisa Kay
Ok so it's actually been a couple of days since we officially released the cover for Laurence MacNaughton's It Happened One Doomsday, but here it is! 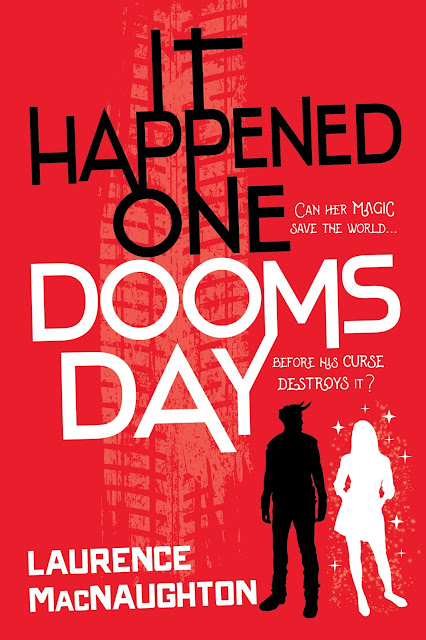 Magic is real. Only a handful of natural-born sorcerers can wield its arcane power against demons, foul creatures, and the forces of darkness. These protectors of the powerless are descendants of an elite order. The best magic-users in the world.

Unfortunately, Dru isn’t one of them.

Sure, she’s got a smidge of magical potential. She can use crystals to see enchantments or brew up an occasional potion. And she can research practically anything in the library of dusty leather-bound tomes she keeps stacked in the back of her little store. There, sandwiched between a pawn shop and a 24-hour liquor mart, she sells enough crystals, incense, and magic charms to scrape by. But everything changes the day a handsome mechanic pulls up in a possessed black muscle car, his eyes glowing red.

Just being near Greyson raises Dru’s magical powers to dizzying heights. But he’s been cursed to transform into a demonic creature that could bring about the end of the world.

Then she discovers that the Harbingers, seven fallen sorcerers, want to wipe the planet clean of humans and install themselves as new lords of an unfettered magical realm. And when they unearth the Apocalypse Scroll, the possibility of a fiery cosmic do-over suddenly becomes very real.

There’s only one chance to break Greyson’s curse and save the world from a fiery Doomsday – and it’s about to fall into Dru’s magically inexperienced hands....

Look for it in stores July 12!

Countdown to Masks and Shadows 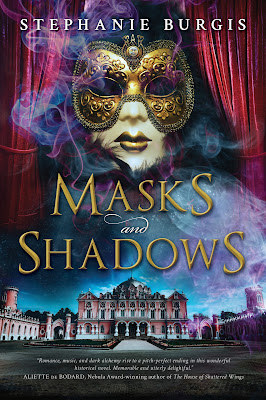 Only one week left until the highly anticipated release of Stephanie Burgis's adult debut Masks and Shadows! Travel back to a time of grand music, dark magic, and deadly secrets...

The year is 1779, and Carlo Morelli, the most renowned castrato singer in Europe, has been invited as an honored guest to Eszterháza Palace. With Carlo in Prince Nikolaus Esterházy's carriage, ride a Prussian spy and one of the most notorious alchemists in the Habsburg Empire. Already at Eszterháza is Charlotte von Steinbeck, the very proper sister of Prince Nikolaus's mistress. Charlotte has retreated to the countryside to mourn her husband's death. Now, she must overcome the ingrained rules of her society in order to uncover the dangerous secrets lurking within the palace's golden walls. Music, magic, and blackmail mingle in a plot to assassinate the Habsburg Emperor and Empress--a plot that can only be stopped if Carlo and Charlotte can see through the masks worn by everyone they meet.


Can't wait to get your hand on a copy?  Thanks to technology, you can travel back in time via Pinterest!  It, uh, can't send you to the future when Masks and Shadows it out yet though.  Sorry.