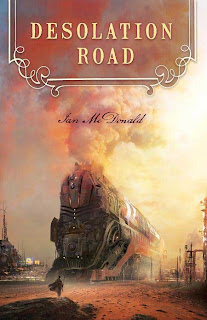 Dark Wolf's Fantasy Reviews have published their Awards for 2009. The UK edition of Jasper Kent's Twelve, which we'll be releasing in 2010, comes in #4 in their Top Ten Reads. Meanwhile, Stephan Martiniere's illustration for Ian McDonald's Desolation Road

is one of the winners of Best Cover Artwork.

While over at Book Chick City, they list their Top Ten Most Anticipated Reads 2010, and George Mann's Ghosts of Manhattan