Science fiction is here to stay

Posted by Lisa Kay
We launched our imprint ten years ago with an action packed line-up of hard science fiction, and according to some independent retailers, it looks as though science fiction is on the rise again after so many years of fantasy reigning.

So cheers to the intergalactic travel and nanotechnology,  futuristic societies and dopplegangers. Here's a look at some of the coolest looking scifi books we've brought you through the years

Amherst, New York—Prometheus Books is pleased to announce Rene Sears as editorial director of Pyr, our science fiction and fantasy imprint. We are thrilled that this appointment coincides with Pyr’s 10th anniversary this month, as it opens the way for a new aesthetic while preserving our rich history.

When Pyr’s original editorial and art director, Lou Anders, resigned after nine years, Sears was tapped to help shepherd projects in progress during the transition. She had been part of our professional family for quite some time, having previously worked with Pyr in several capacities including acquisition support, copyediting, and promotion.

Sears has acquired titles in ongoing series (such as Rising Tide by Rajan Khanna and The Prison in Antares by Mike Resnick) and helped oversee the process of directing cover illustrators and designers. Her first original acquisition is a historical fantasy by author Stephanie Burgis—tentatively titled Masks and Shadows—planned for spring 2016 publication.

In a recent Locus interview, Burgis says the book brings together her “geeky obsessions” of fantasy and opera. With alchemists, mystery, and a plot to assassinate an emperor and empress, this wildly romantic fantasy novel is like an 18th-century Downton Abbey with magic, set in the Austro-Hungarian palace where Joseph Haydn worked as the court composer. Burgis has written a trilogy of middle-grade historical fantasy novels, and numerous short stories for adults. Masks and Shadows will be her adult debut novel.

As Pyr enters its second decade, we are excited by the combination of continuity and fresh point of view the appointment of Rene Sears provides. We’re also proud that Sears adds to the growing list of women in executive positions at science fiction and fantasy presses, joining such esteemed editors and publishers as Toni Weisskopf at Baen, Ginjer Buchanan at Ace, and Joanna Kramer at Orbit.
Before joining Pyr, Sears copyedited for mental_floss magazine. She has a BA in English literature from Duke University and an MFA in sequential art (also known as comic books) from Savannah College of Art and Design. Her short stories have been published at Daily Science Fiction and in the Fantasy Faction Anthology. She lives in Birmingham, Alabama, with her husband, two children, and dog.
# # #

Posted by Lisa Kay
We love playing by the rules.

Yeah...sure. That's why some of our favorite books have been mash-ups of different genres, a little of this and a little of that.  A square peg that might be able to squeeze itself into the round hole but throws up it's arms in triumph yelling "You can't make me do it!" Here's what we're talking about:

The original Vampire Empire trilogy introduced a fresh approach to vampire mythology while also starting an epic romance. Cue fangirl squee: The story of Gareth and Adele will continue with a new ongoing, character-based series that will start with The Geomancer this fall! 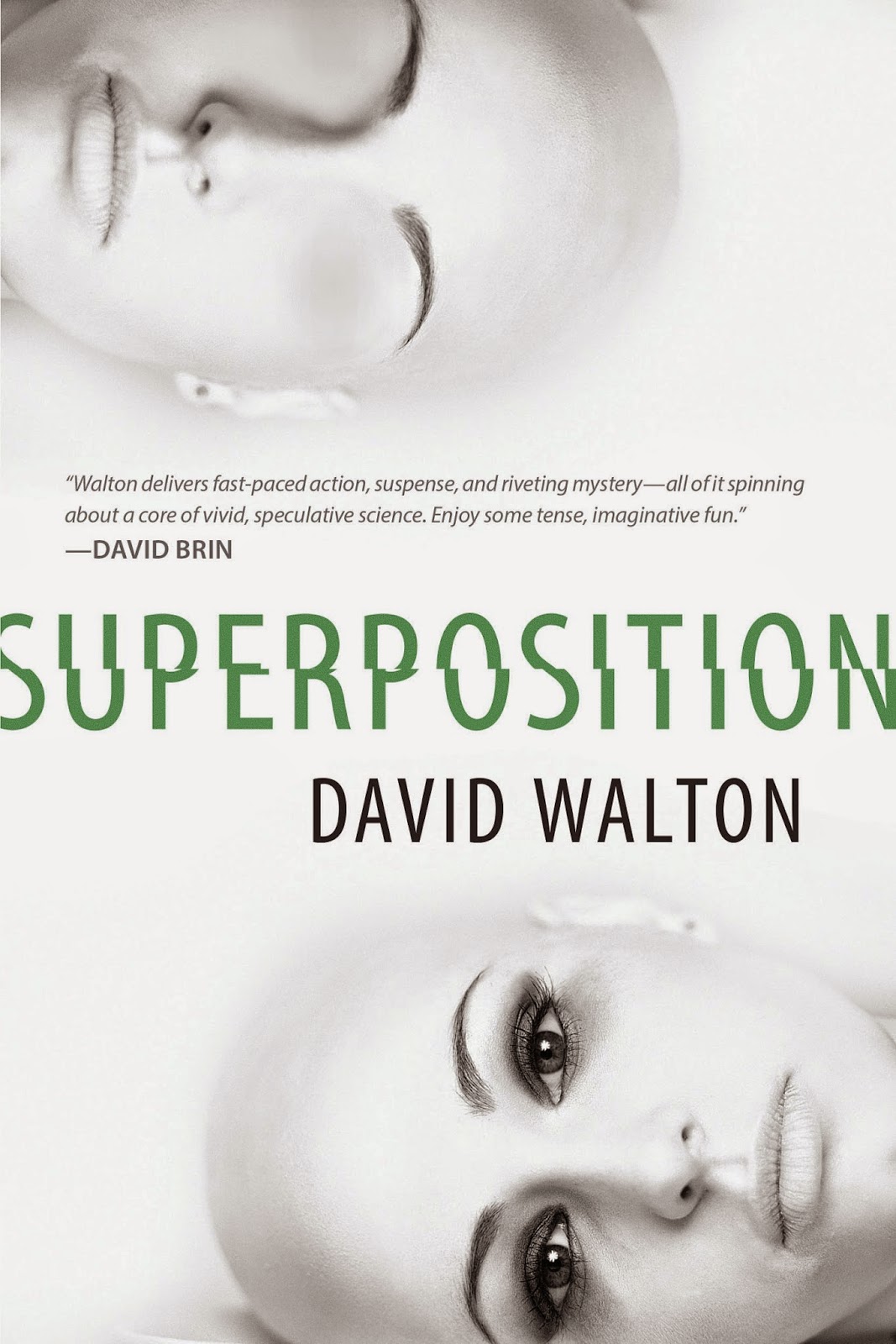 Next month, David Walton seamlessly blends hard science fiction and particle physics with a crime so twisted, it'll keep you guessing until the end. It will be followed by a book, Supersymmetry, in September.

A 21st-century man walks into a world of magic and mayhem.  Luckily, his enemies have never seen what weapons the modern world can create. the second book, Gold Throne in Shadow, comes in this fall! 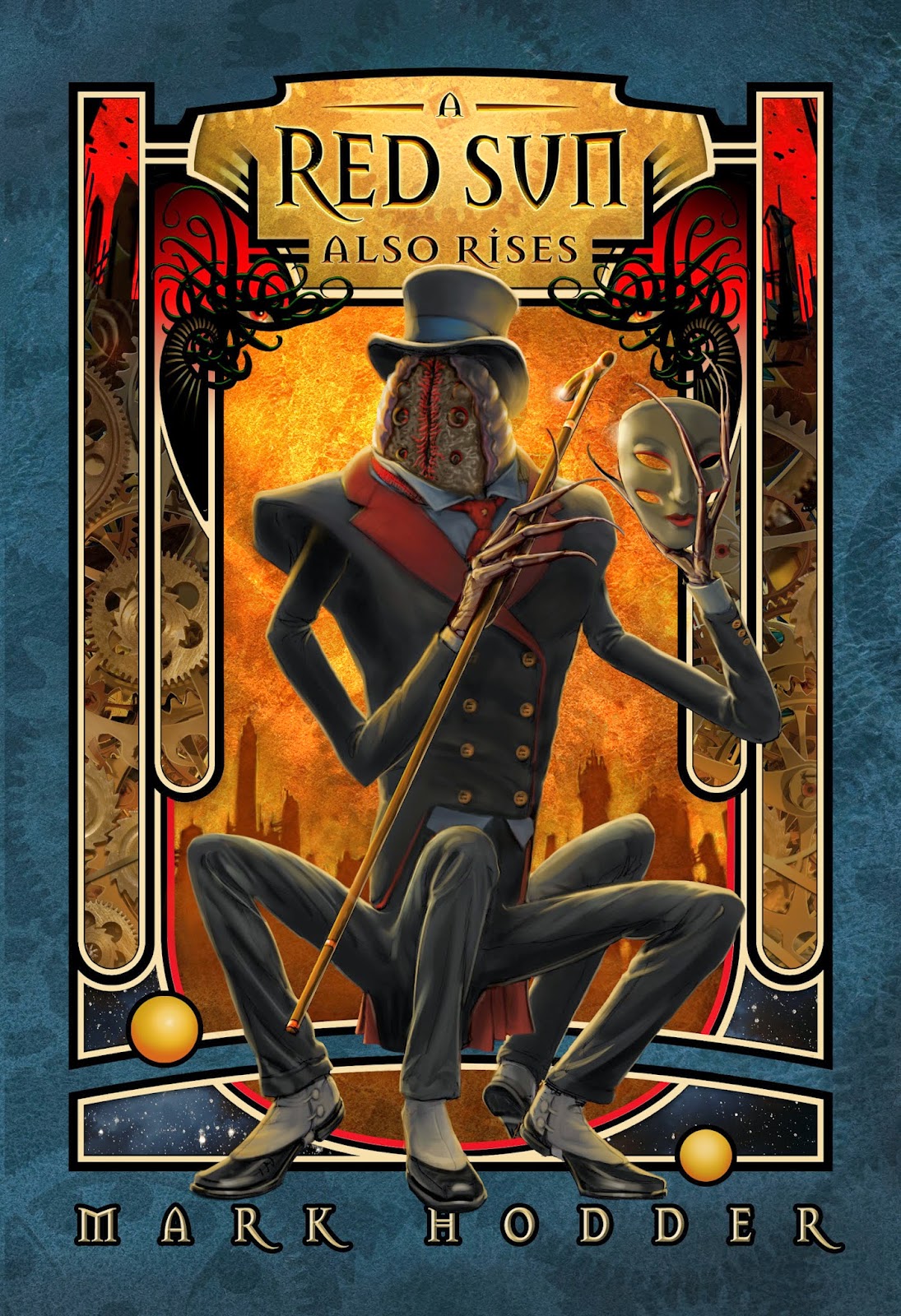 
Ever wonder what Victorian London would look like on another planet? With aliens dressed to the nines? Wonder no more!


It's time for this week's giveaway!  To celebrate our 10th anniversary we're once again offering up one copy of any book mentioned in this post! Yep, that even applies to the books coming out this fall. So to enter, comment below or send an e-mail with the subject "Week two giveaway" (making sure to include which book you'd like to win) to publicity@prometheusbooks.com.  This contest ends on Friday, the 20th.

No "Dead End" in sight: Mike Resnick on the future of science fiction

As the winner of five Hugos (and nominated for thirty-one more), Mike Resnick is a name every genre fiction fan should know. His Kirinyaga series, with sixty-seven major and minor awards and nominations to date, is the most honored series of stories in the history of science fiction. Resnick published his first book with Pyr, Starship: Mutiny, ten years ago in our inaugural year, and a decade later he began a new series with the recently released The Fortress in Orion.  With sixteen Pyr books in his catalog, and three with our sister imprint Seventh Street Books, we thought we'd ask him a few questions about the past and future of the science fiction and fantasy genre.

Pyr: What drew you to speculative fiction? What are some of the earliest books or stories you remember reading that made you want to write in the genre?

Resnick: It started with Edgar Rice Burroughs' Mars books when I was 8 or 9 years old. I'd graduated to Ray Bradbury's Mars by the time I was 12, and I read every science fiction book I could get my hands on while I was in high school. Its speculations fascinated me, and made almost all other fiction seem somehow lackluster and pedestrian. (Not a view I no longer hold, I should add. But in my formative years, there was science fiction and there was everything else.)

I always knew I wanted to be a writer. I sold my first article at 15, my first poem at 16, my first short story at 17...but back then I knew I had to get a lot better before I attempted to write and sell science fiction, so I didn't sell my first science fiction book (not a very good one, I admit) when I was 24.


It is interesting that your first series with Pyr (the Starship series) was a space opera, and ten years later you begin a new space opera series with The Fortress in Orion. Where were you as a writer ten years ago and where do you see your career headed now?

In both cases -- as well as the Weird Western tetralogy that split them -- (former Pyr editorial director) Lou Anders suggested I write these series. In the case of the Starship series, I'd never done any military science fiction—and indeed, this was not very typical of that sub-genre, since it was and is my firm belief that a good commanded avoids conflict whenever possible. The current Dead Enders trilogy is very like Mission: Impossible (the old TV series, not the Tom Cruise movies) where a team of experts, each with a special talent, is given a complex and dangerous situation to solve.


Looking back at your own work over the last ten years, what themes do you see emerging? How much of that is a conscious decision going into writing, and how much do you find looking back?

You have to understand: I've been a full-time and reasonably successful science fiction writer for about 40 years, and was winning awards for it as far back as 1977, so I'd have to say that 75 novels and close to 300 stories into my career, I may be revisiting and honing certain themes, doing variations on them, but brand-new themes are not emerging (though brand-new approaches still are). Like every writer, every time I get an interesting notion it goes into my idea file, where some 200+ stories and books are still waiting for me to find the time to write them.


How has science fiction as a genre changed over 10 years? What do you see on the horizons for SF?

In the mid-1950s there were 56 professional science fiction magazines, and less than 100 science fiction books were published annually. These days we have 3 digest magazines and we publish about 1,500 books a year. So the major change is obvious: we have morphed from a short story field which boasted the occasional novel to a novel field that has a much more limited market for short stories.

That's artistically. Professionally, more and more writers—new and established alike—and are finding workable and meaningful ways to self-publish and make a living at it, which was never possible as recently as ten years ago.

Thank you to Mike Resnick for that insight!

Last week we announced a giveaway with our Women of Writing round up, and a winner has officially been chosen. Congrats to Cynthia Carter on wining a copy of Edge of Dark!  This Friday we'll have another giveaway to continue our 10th anniversary celebration.

The Wonderful Women of Writing

Posted by Lisa Kay
There's frequent grumbling in the science fiction and fantasy genres that there aren't enough female authors. In honor of Pyr’s month-long 10th anniversary celebration, let’s take a look at a few women writers we've published over the years. 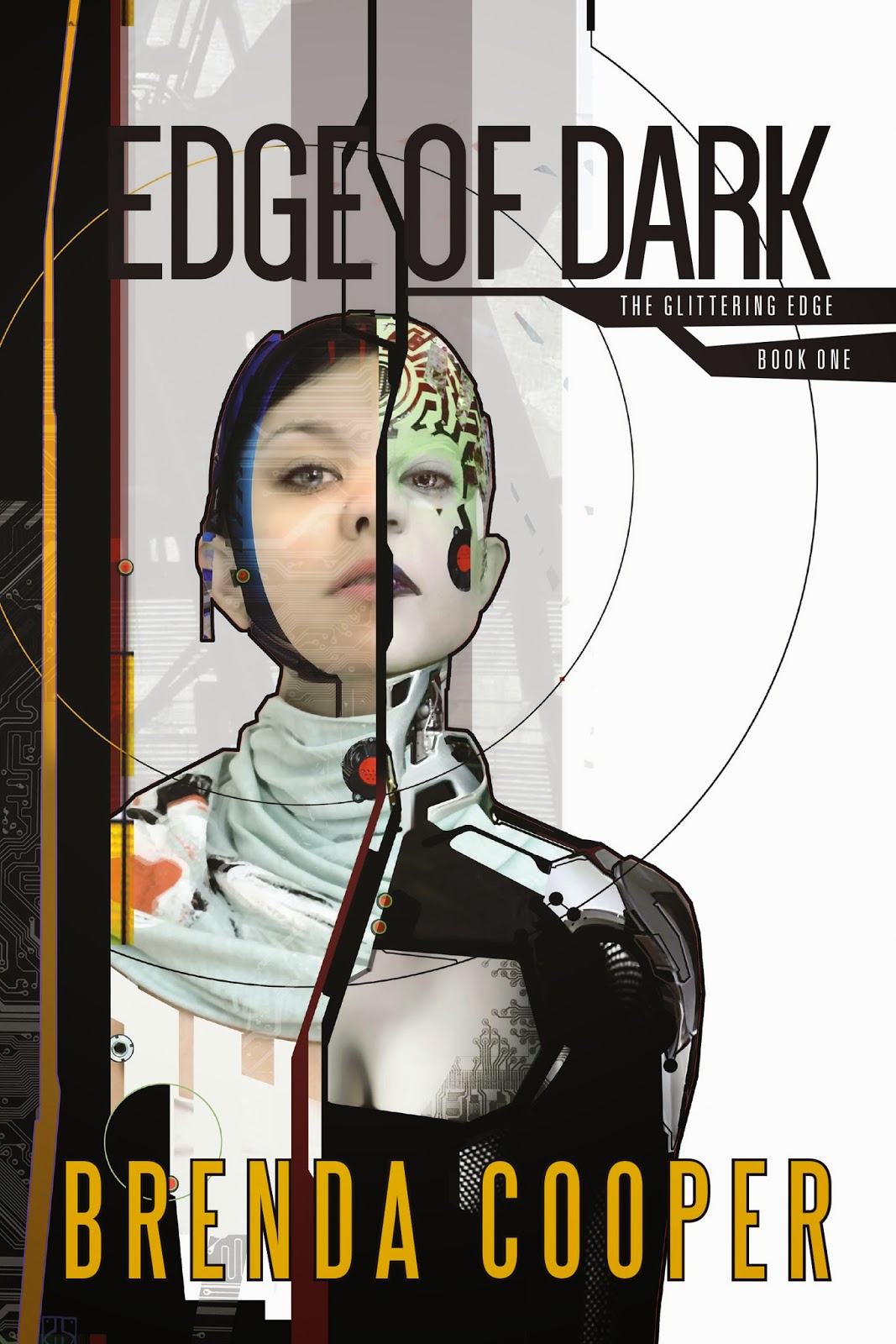 Brenda Cooper is an award winning author of science fiction, and this week she brings us a brand new space opera Edge of Dark.  This duology explores the conflict between an advanced society that has filled a solar system with flesh and blood life and the near-AI’s that it banished long ago.  She's also author of the Ruby's Song series, The Creative Fire and The Diamond Deep. 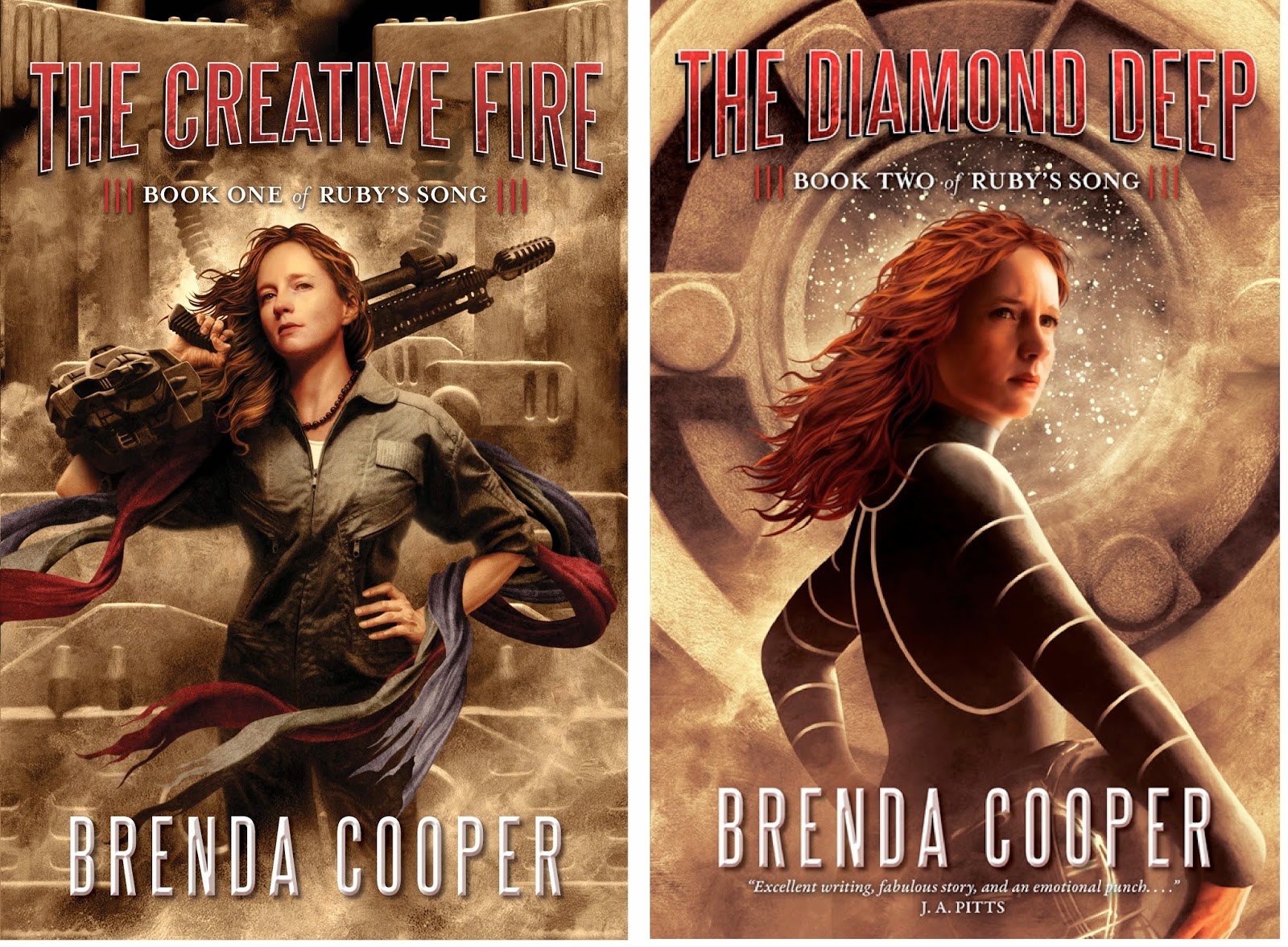 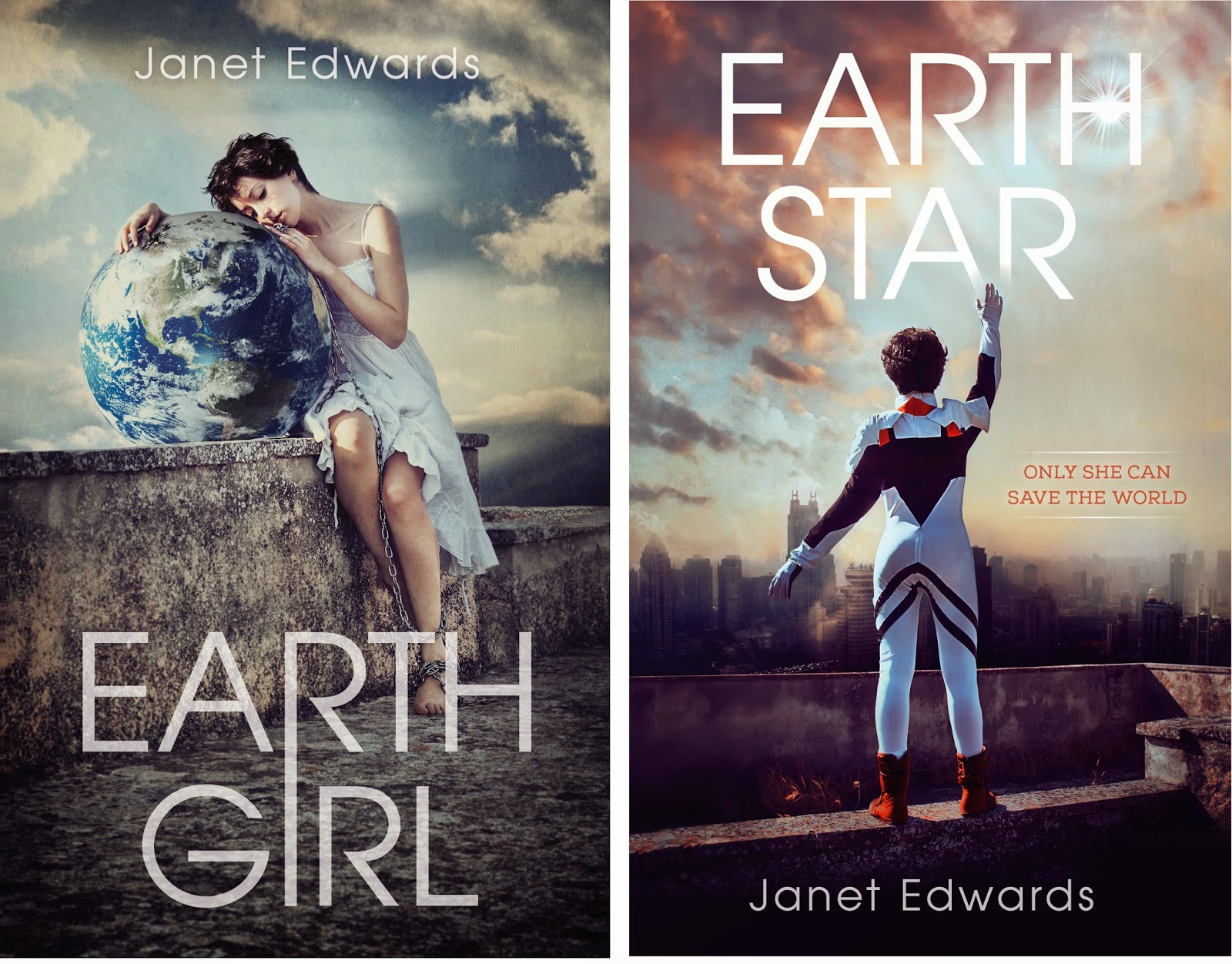 Janet Edward's YA series has won multiple awards around the world, and all the books aren't even out yet in the US! Earth Girl and Earth Star follow Jara as she goes from an unknown, Earth-bound outcast to a planetary hero in the spotlight. The third and final book, Earth Flight, comes out this September. 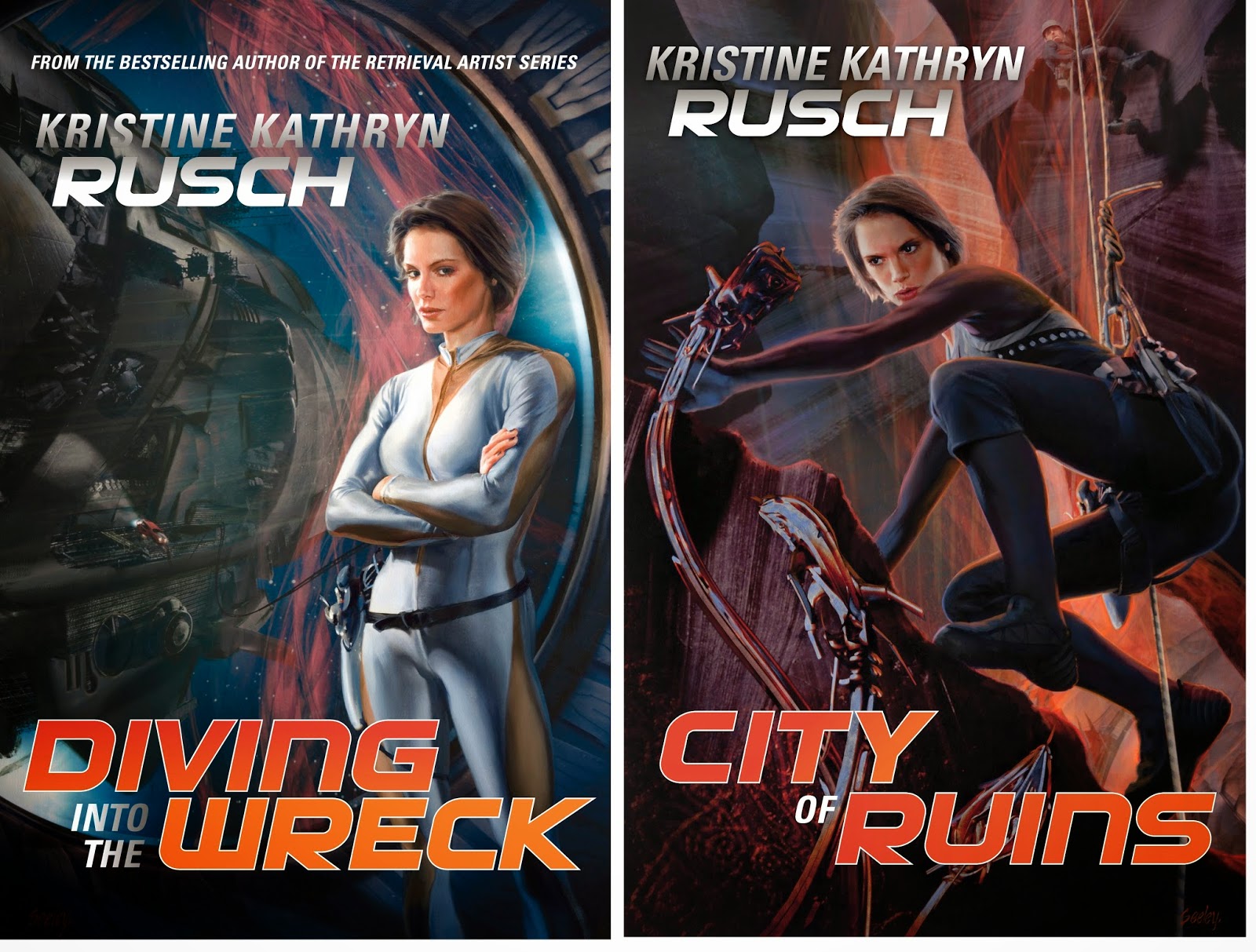 Kristine Kathryn Rusch heads deep into the ruins of space with Diving Into the Wreck, City of Ruins, and Boneyards. Historian Boss discovers an impossible spaceship from Earth, and what she finds could lead to an intergalactic war.

Kay Kenyon's writes on a grander-than-grand scale, and she proved this in her Entire and the Rose series.  Bright of the Sky first came out in our second year, and the Philip K. Dick and John W. Campbell award nominated author completed her space opera with A World Too Near, City Without End, and Prince of Storms. 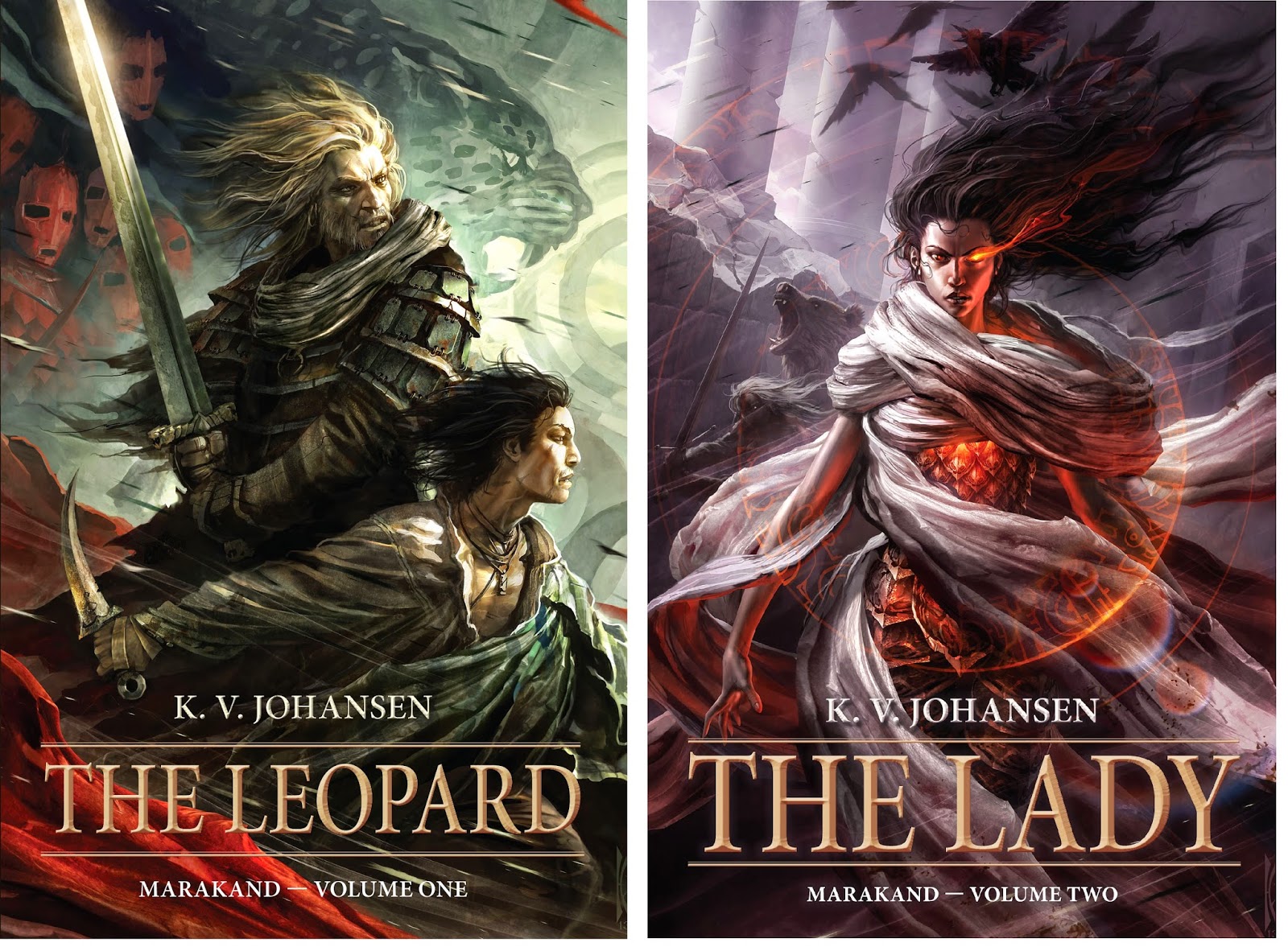 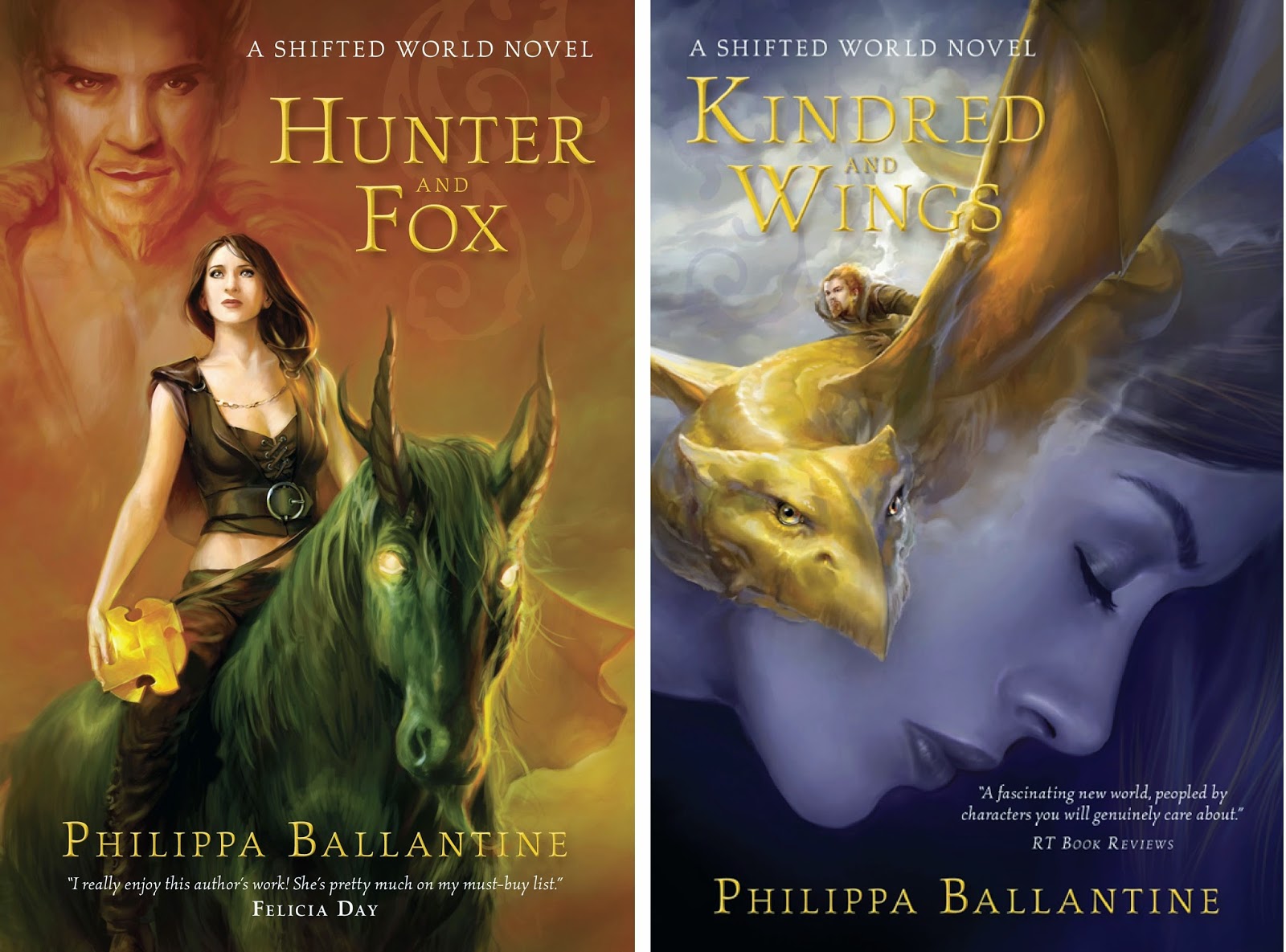 And to celebrate these women (and our ten year anniversary) let's kick off our first giveaway of the month!  We're choosing one person to win any book mentioned in this post.  Comment below or send an e-mail to publicity@prometheusbooks.com with the subject "Week one giveaway," making sure to include which book you'd like to win if we choose you. The winner will be announced on Wednesday!

Posted by Lisa Kay
Everyone likes a celebration, and we think bringing you great science fiction and fantasy books for the past TEN YEARS is a pretty good reason to celebrate.  So, check our Facebook page, Twitter feed, and of course this blog throughout the month for exclusive behind-the-scenes posts and articles, and of course, plenty of giveaways. 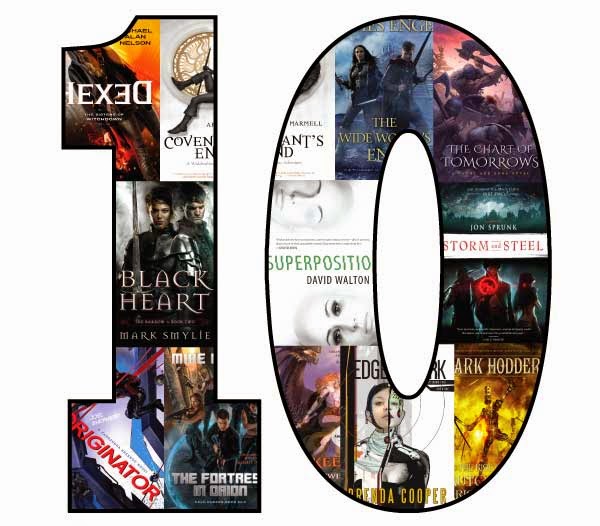