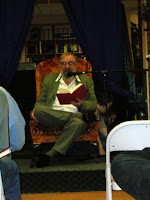 John Picacio reports from the road:

Great times in Austin, Texas yesterday...Mike Moorcock and I signed copies of The Metatemporal Detective

at BookPeople, the largest independent bookstore in Texas. Mike did a short reading from the book, and then answered a wide range of questions from the audience. Amongst the topics discussed -- the origins of Elric; his theories on magic; the status of the developing Elric film project; his relationship with the Weitz brothers; his days with Hawkwind; why people should read Barry Bayle 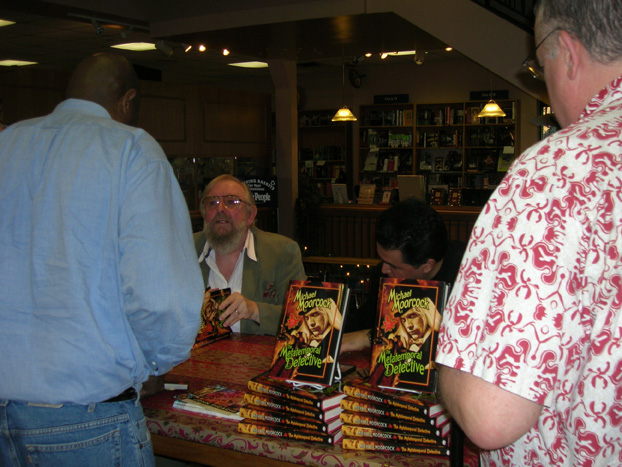 After that, we signed lots of copies of The Metatemporal Detective

and hey, even some copies of my artbook, Cover Story: The Art of John Picacio.

Mike's birthday isn't until Dec. 18th, but that didn't stop us from celebrating with a decadent Chocolate Eruption cake, sponsored by The Metatemporal Detective's

ever-loving publisher, Pyr. Damn good. Here's what it basically looked like, but much bigger (scroll down the link above for "Chocolate Eruption"). 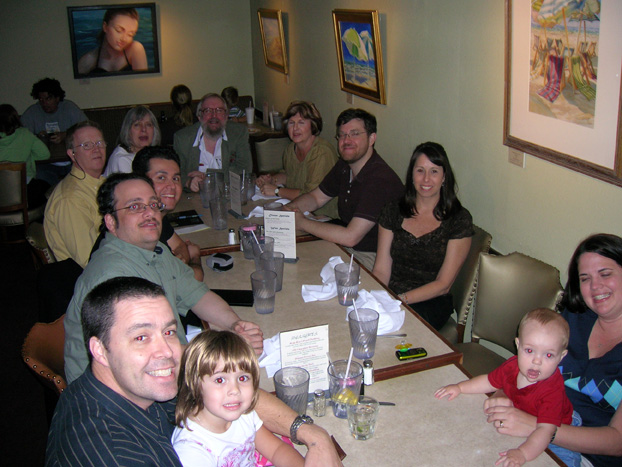 After such a fine dessert, Linda Moorcock suggested we have dinner at Hyde Park Grill....fried egg sandwiches; buttermilk-battered fries; Kobe beef burgers; chicken fried steak; corn & cheese tamales; sirloin burgers smothered in cheddar cheese and scallions....so good. If you attended the signing, thanks for coming out, and if you missed out, maybe we'll try to do it again in '08 when Elric The Stealer of Souls