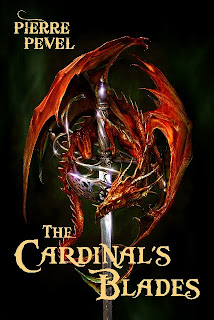 Via SF Signal: The winners of the David Gemmell Legend Award 2010 were announced on Friday 18th June at the Magic Circle Headquarters in London. We're delighted to learn that Pierre Pevel's The Cardinal's Blades

won the Morningstar Award for Best Newcomer. Pyr will be publishing the book in the US in October.

won the Ravensheart Award for Best Cover Art (design by Didier Graffet, Dave Senior and Laura Brett). And to Graham McNeill, whose Empire

won the Legend Award for Best Novel.
at 1:07 PM