Grab one of these epic fantasies!

Posted by Lisa Kay
Itching for a good book? Looking for a satisfying fantasy? Hitting shelves next month are two books guaranteed to keep you hooked for the long haul, and you can enter to win them now!

We've got Goodreads giveaways currently up for ARCs of both M. C. Planck's Sword of the Bright Lady and J. F. Lewis's Grudgebearer. 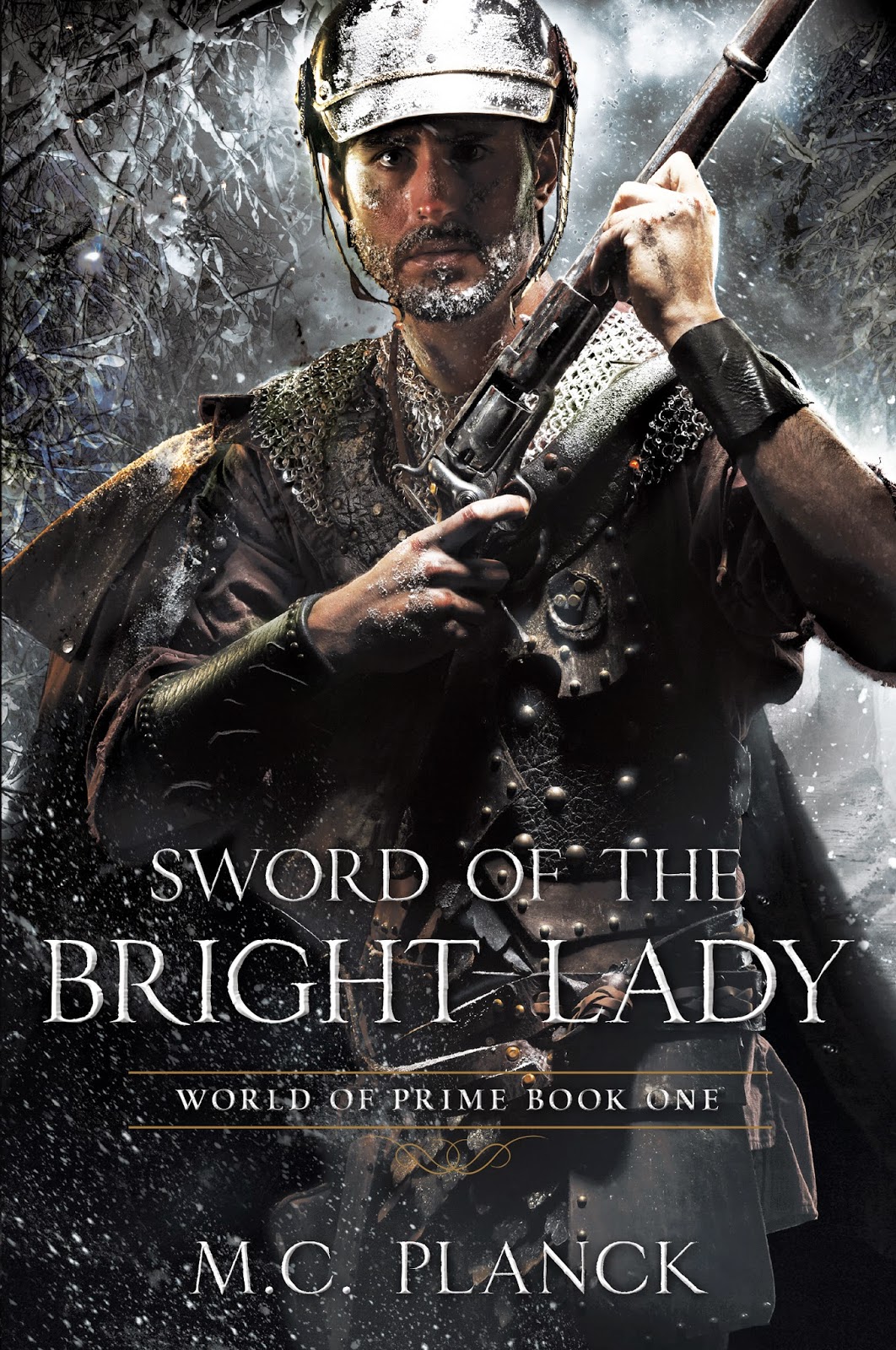 Christopher Sinclair goes out for a walk on a mild Arizona evening and never comes back. He stumbles into a freezing winter under an impossible night sky, where magic is real -- but bought at a terrible price.

A misplaced act of decency lands him in a brawl with an arrogant nobleman and puts him under a death sentence. In desperation he agrees to be drafted into an eternal war, serving as a priest of the Bright Lady, Goddess of Healing. But when Marcius, god of war, offers the only hope of a way home to his wife, Christopher pledges to him instead, plunging the church into turmoil and setting him on a path of violence and notoriety.

To win enough power to open a path home, this mild-mannered mechanical engineer must survive duelists, assassins, and the never-ending threat of monsters, with only his makeshift technology to compete with swords and magic.


But the gods and demons have other plans. Christopher's fate will save the world... or destroy it.

Head over to Goodreads to enter now! 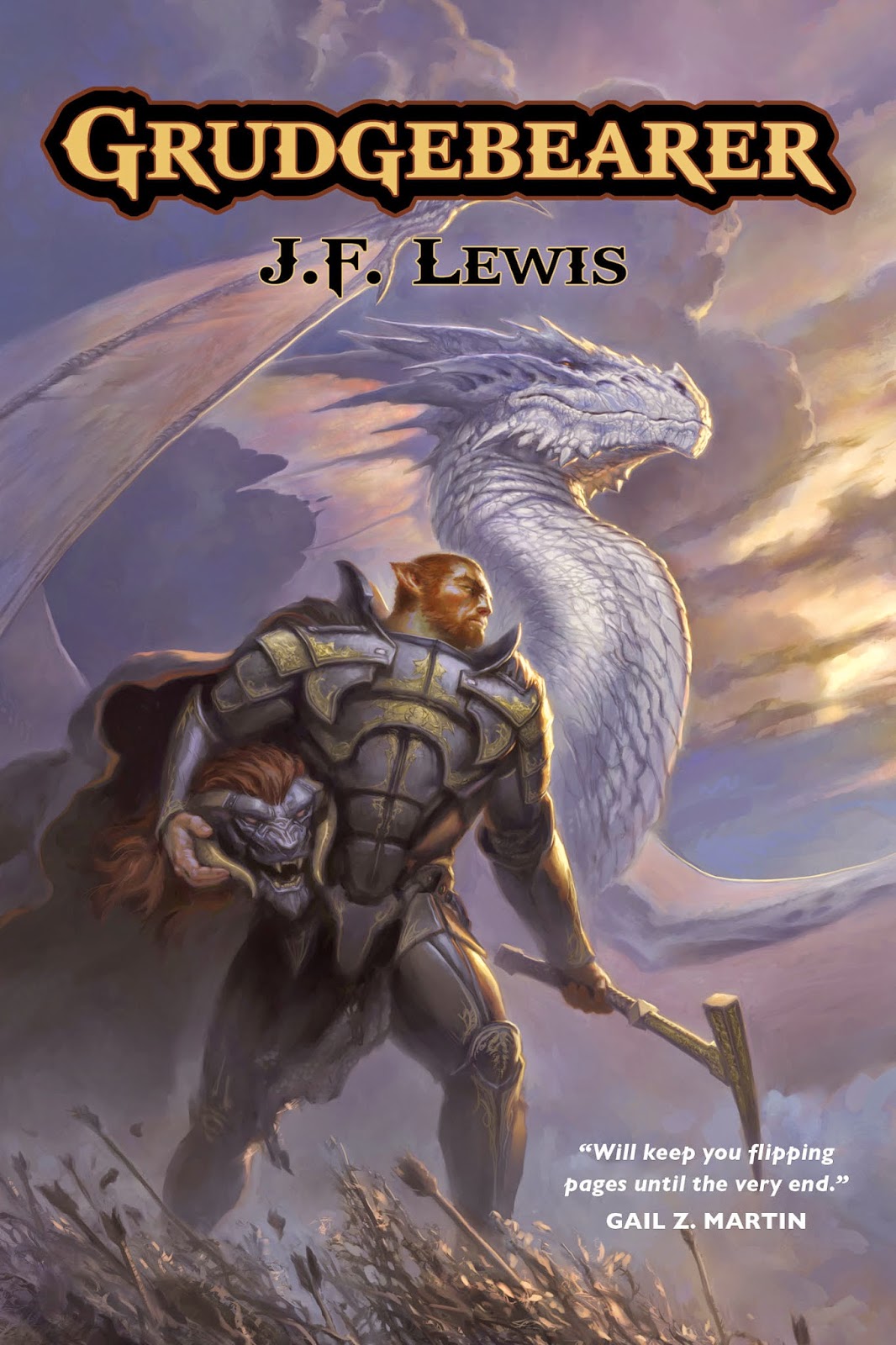 Kholster is the first born of the practically immortal Aern, a race created by the Eldrennai as warrior-slaves to defend them from the magic-resistant reptilian Zaur.  Unable to break an oath without breaking their connection with each other, the Aern served the Eldrennai faithfully for thousands of years until the Sundering. Now, the Aern, Vael, and Eldrennai meet every hundred years for a Grand Conjunction to renew their tenuous peace.

While the tortures of slavery remain fresh in Kholster's mind, most of the rest of the world has moved on. Almost six hundred years after the Sundering, an Eldrennai prince carelessly breaks the truce by setting up a surprise museum exhibit containing sentient suits of Aernese armor left behind, never to be touched, lest Kholster kill every last Eldrennai. Through their still-existing connection with their ancient armor, the Aern know instantly, and Kholster must find a way to keep his oaths, even those made in haste and anger. While Kholster travels to the Grand Conjunction with his Freeborn daughter and chosen successor Rae'en, his troops travel by sea, heading for war.

Head over to Goodreads to enter now!

Since you so nicely stayed around until the end of this post (and read every single word...right?)  we're going to offer you one more chance to win one of these books! Send an e-mail to publicity@prometheusbooks.com specifying which b
ook you'd like to win in the subject line, "[Grudgebearer OR Sword of the Bright Lady] ARC giveaway" by Thursday August 14 and you'll be entered to win.  The winners will be contacted on Friday August 15.