Can't wait for Game of Thrones?

Posted by Lisa Kay
I know it's only January, but everyone can't wait until April 6 because...well that's when Season 4 of Game of Thrones finally starts! The recently-released trailer shows plenty of awesome scenes and brings up a lot of questions, but it mostly just leaves us eager for the show to start.  If you've already burned through Seasons 1-3 and books 1-5 of A Song of Fire and Ice and still need some more Stark blood, then you might need to look into therapy.

But if you've gone through all the above and really just need to get your hands on a good epic story with all the action, blood and sensuality that George R. R. Martin offers without waiting until you're gray to do so, then listen up!

March is much closer on the horizon than April, and on March 4th Mark Smylie's epic debut finally hits shelves.  The Barrow brings you everything Martin's stories promise and more in a tightly written tome of excellence.  And you won't lose track of who's been killed yet. 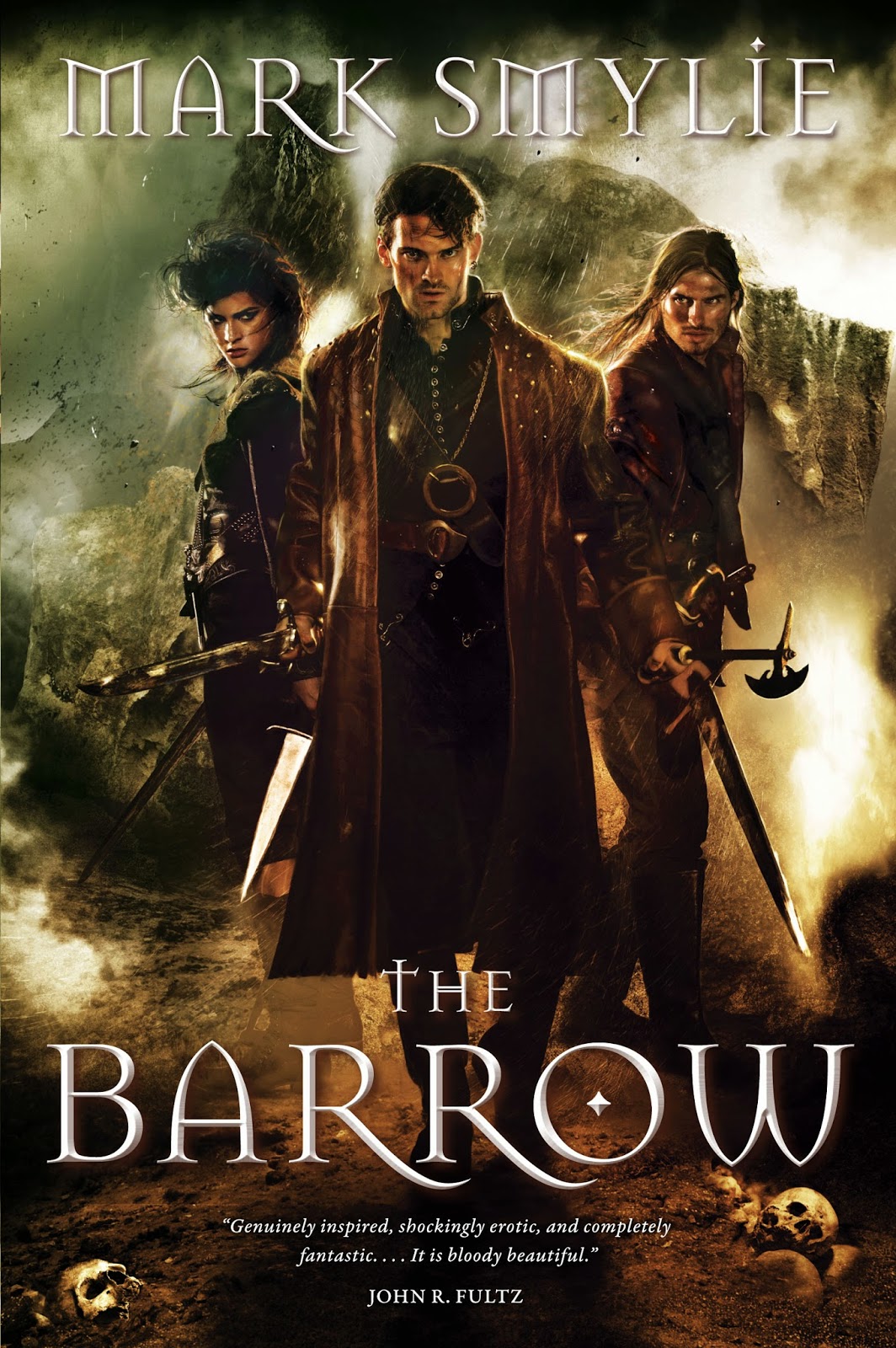 When a small crew of scoundrels, would-be heroes and deviants discover a map leading to a fabled sword of a long-dead wizard, they think they've struck it rich. But their hopes are dashed when the cursed map is destroyed in a magical ritual, leaving them dreaming of what might have been. That is, until the map reappears in a most unusual and unexpected place.

Led by Stjepan Black-Heart, suspected murderer and renegade royal cartographer, they form a cross-section of the Middle Kingdoms of the Known World on a quest that will either get them all in the history books, or get them all killed.

Visit the Sword & Barrow website to learn more about the world and characters, then preorder your copy today. You'll thank me later.